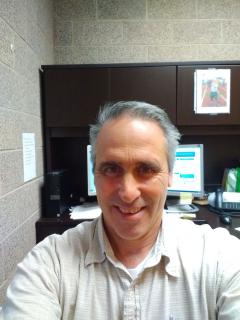 Curt was born on the central coast of California. He attended Allan Hancock Community College and later earned a B.S. in Excercise Science in 1995 from Brigham Young University. He continued his education at  UC San Francisco/San Francisco State University where he received a Master's degree in Physical Therapy in 1997. After a lengthy absence from schooling, Curt finished his Disability Disciplines Doctoral Program at Utah State University in 2013 with a focus on balance systems in the elderly population. He has been a Physical Therapist in the Up to 3 Early Intervention Program at the IDRPP since moving to Logan in 2000. He has continued his clinical work with the Up to 3 Program and is currently also the Associate Director of the Services Division at the IDRPP. He loves the outdoors, especially backpacking and river rafting.