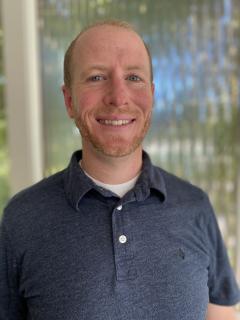 Drake Rasmussen began working with people with disabilities began after high school when he had an opportunity to support individuals with disabilities in a residential setting. He worked in that field for four years while attending Weber State University where he was studying healthcare administration. In the spring of 2006 he graduated in healthcare administration with an emphasis in long-term care. Following graduation, Drake finished 1,000 hours of internship at the Sunshine Terrace Foundation as an administrator in training.

After completing his internship he took the NAB exam to obtain his health facility administrator's license. A couple months after obtaining his health facility administrator's license he got his first administrator's job at Cache Valley Assisted Living in Providence, Utah. About a year later, Drake saw that the IDRPP had a position open for the program coordinator of the Developmental Skills Laboratory-DSL. Drake applied for the position and was hired in February of 2008. Over the years, Drake has made many positive changes to the program one of which has been increasing community inclusion and meaningful activities for all of DSL's participants.

In his spare time, Drake enjoys finding adventures in  the outdoors through hiking, snowshoeing, backpacking, fishing, and exploring.