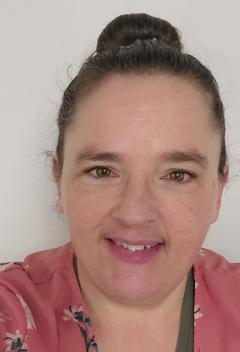 Janel recently became a certified trainer for the Hanen, Learning Language and Loving It program and has provided this training to other staff at South East Early Intervention.

She is the mother of 5 children and grandmother to 3.  Janel has been married to her wonderful husband, Roger, for over 30 years.  Janel loves to knit, sew, scrapbook and anything outdoors but her favorite activity is spending time with her grandchildren.