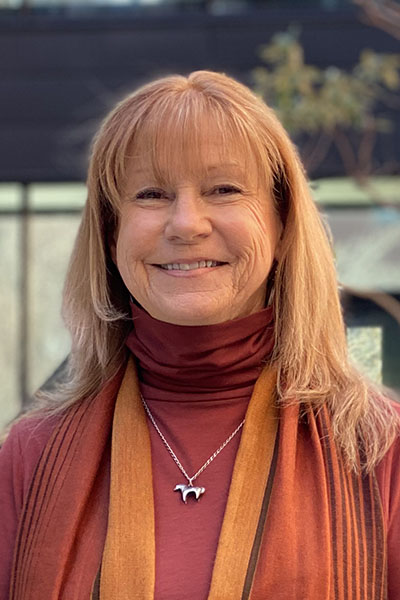 Sue Olsen, director of the Institute for Disability Research, Policy & Practice’s Services Division, is the 2022 recipient of the Strong Human Services Award from the Emma Eccles Jones College of Education and Human Services at Utah State University.

Olsen has shepherded IDRPP programs serving children and adults with disabilities through some enormous changes. In so many ways she embodies the award, which recognizes “significant and sustained leadership in human services and applied research that improves the lives of children or adults.”

She came to IDRPP (at the time, the Institute’s name was transitioning from the Exceptional Child Center to the Developmental Center for Handicapped Persons) in 1984 as a special education teacher. She was employed by the Center but taught inside Ellis Elementary School in Logan. “There was still a real self-contained model going on in special education at that time,” she said. “It was really kind of what now is a life skills class. … We did no integration, we did no inclusion.”

The movement to include special education students in regular classrooms had begun, though, and it was changing special education everywhere, including at Utah State University. In its earliest days, the Exceptional Child Center contained special education classrooms. As the inclusion movement gained momentum, the center began shutting down its programs for school-age and preschool children. Students were sent to their local school districts.

“What was left was this tiny little birth-to-three thing that had about five families in it,” Olsen said. It was called the Family Intervention Program at the time, and she led it through years of tremendous growth. Today, the program is called Up to 3 and it currently serves between 600 and 700 families. It is safe to say that over the years, it has impacted the lives of thousands.

For so many of us at IDRPP, it’s hard to separate Olsen from the direct services she leads. And for so many in the community, those services are their first introduction to IDRPP.

“Early intervention, the Up to 3 staff, are often the first face of hope for families who have children with significant developmental delays or disabilities,” Olsen said. 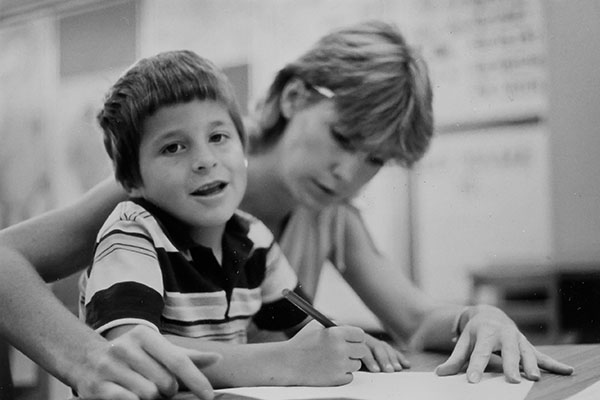 A recurring theme over her career has been constant changes in the field. “It's not like we came in and everything's already been figured out,” she said. “We came in and we've been able to learn and modify and grow, as research has informed practice.”

Olsen’s role evolved, too; she became director of the Institute’s Services Division. Her duties became more administrative. In addition to Up to 3 she led programs for adults, including IDRPP’s employment clinic and Stride Services, a program for adults with developmental disabilities that emphasizes community integration.

Whether it’s helping parents work with their young children with disabilities, or helping adults with disabilities find employment, Olsen said it’s the same goal: “How can we help them keep progressing and reach their dreams?”

One of her challenges was encouraging her staff to adapt their practice to include research-proven methods. It meant asking a lot from staff, and building lots of trust. “I just kept saying, the one thing that's constant around here is change for us. So don't ever get settled. And if you have a novel idea, let's talk about it, because we always want to move towards better practice.”

Curt Phillips, associate director of IDRPP’s Services Division, has worked with her for 20 years. "It has been one of the great pleasures of my life,” he said. “I have learned so much from her leadership style. She is excellent at giving just the right amount of supervision and support to ensure that the employees know that she cares, without thinking that she is micromanaging. Her influence has been unparalleled for me and so many others." 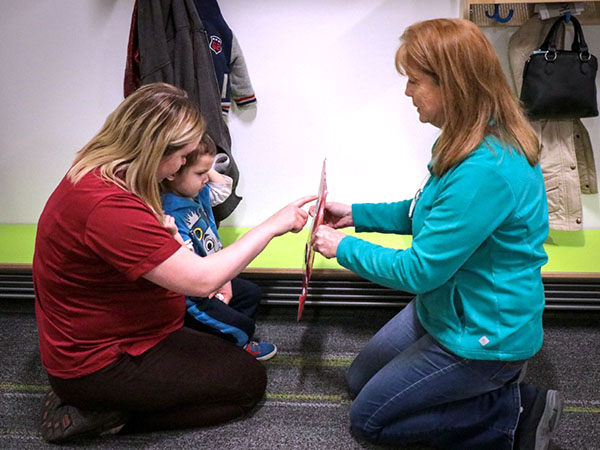 The emphasis on applying evidence-based methods puts early intervention in a difficult place. Many Up to 3 practitioners have advanced degrees in a field that doesn’t pay well—especially in the public sector. “We typify why research to practice is so hard, because we're extremely underfunded,” Olsen said. “And you can't run model or best-practice programs on the funding as it is, so you have to find a way to supplement it, or you’re not doing as well as you'd obviously like to.”

Former IDRPP Director Sarah Rule wrote about Olsen’s problem-solving skills. “Sue’s work combines knowledge, experience, and compassion. ... She is a strong leader and administrator in part because, when barriers or problems arise, she treats them not as reasons to defend actions, but as opportunities to adapt and change to solve them.”

Dr. Rule offered an example: the Virtual Home Visit Project of the mid-2000s. “In order to address barriers to early intervention service delivery … in rural and remote areas of Utah—and long before telehealth was part of the service vocabulary—Sue and her staff figured out how to use videoconferencing to bring practitioners’ expertise into homes. … The available technology was primitive by today’s standards, but true to form, Sue, her staff and families found ways to access the necessary technology tools. The outcomes include effective services and lowered costs.”

As it happened, those experiences would come in handy. COVID affected both Olsen and Up to 3, making it much harder to deliver services in homes. It was a hard change, she said; not just for her personally but for recruiting new staff. “Before, it was how we attracted them. Not because of the salary. … School districts have usually offered more, private practices always offered lots more.” But IDRPP services appealed to people who liked working directly with families, “sitting on the carpet” and working with toddlers (though that "work" often looked like "play." 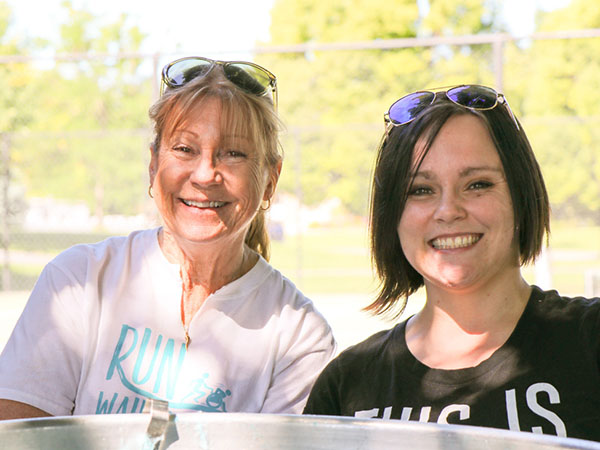 After two years of COVID-19, “We’ve hired staff who… have never been into families’ homes.” They’re also from a different generation; they don’t expect to spend their whole careers in one place.

For the adult service programs during COVID-19, staff members were still working directly with their clients, but just about everywhere they could interact with the public closed down. It was a hard thing for programs that emphasized community integration to be almost completely cut off from the community.

Now, the world is opening up again. Olsen leads a return of practitioners to homes, to the community, to playing on the carpet with the kids. “We want to hold onto the good things we've learned about virtual visits in early intervention, and the cost effectiveness. It's allowed us to utilize our monies in better ways.”

But they also want to take advantage of working with families in their natural environment, she said, and the families miss it too. Olsen even gathered data to back up her plans: Up to 3 teamed up with IDRPP researchers to survey of families in Utah who had received virtual visits.

“We've had almost 1700 responses from our initial outreach. And the first look at that data statewide in Utah says that families were very grateful that we could do services virtually. But they would really like us back in person.”

Marla Nef, the current Up to 3 coordinator, said Olsen's impact extends beyond the time and space of IDRPP: “Sue has taught me everything I know about early intervention, and I wish I knew half what she knows.  Her ability to lead people and guide programs has and will influence families around the state of Utah far beyond her years of work here.”

Olsen will be honored by the College in a future ceremony. The time and place are not yet determined.