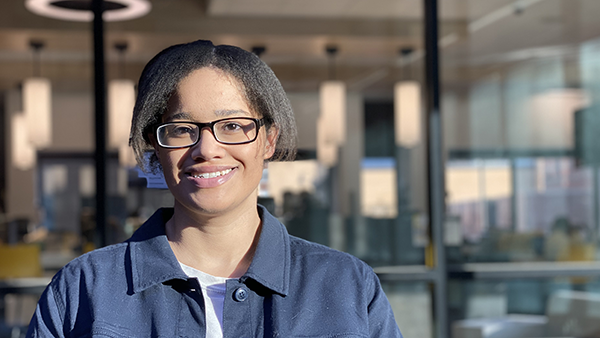 I once went to a sermon with a guest speaker. The man stood with a microphone in hand and said, “You know what I call ADHD? Absent Father syndrome.” He said this to the crowd of people who all nodded along. I thought to myself how nice it was for him to ascribe all of my mental, academic, work and overall social difficulties to ‘Daddy issues.’ Rarely have I felt so invalidated.

A person with ADHD has a difference in their brain structure. But these differences are not visible to the naked eye. Because of this, along with his experiences in the community and the medical systems, the speaker believed ADHD didn’t really exist. Medication of any kind was a conspiracy of the government and big Pharma, or a ‘white people’ thing, etc. His recommended treatment plan involved prayer and more family time.

This was not very helpful to me. As someone also diagnosed with depression and anxiety, there are few things as upsetting as being told, “You just need more faith.” And within their tone there is a subtle judgment, as if you brought this on yourself. Other common advice included working harder and receiving more butt whoopings.

How did the black community get this way? Because it’s black history month, I will summarize. Psychology, much like religion, has often been used to explain and justify that black people and/or minorities are inferior. For a long time, it was thought black people couldn’t have mental illness. Then psychologists made up syndromes like ‘nigeritis’ among other ‘illnesses’.

These disorders apparently caused blacks to want to escape captivity, or mental illness resulted from not being a slave.

After the civil war, black children with mental illness were taken to asylums. But rather than getting help, they were pressed to work. This happened despite slavery having been outlawed. (Umeh, U. 2019, March 11) The 1900s didn’t get much better. The Eugenics movement led to widespread sterilizations for those with mental illness. Minorities were the biggest target. This practice didn’t end until 1981.

Some scientists strongly pushed for lobotomies specifically for black people to solve the conflict and aggression of the 1960s. Dr. Uchenna Umeh noted, “While most historians and social scientists viewed urban violence and the uprisings of the 1960s a reaction to systematic oppression, poverty, discrimination, and state-sponsored physical violence (police brutality), Dr. Frank Ervin, a psychiatrist, and two neurosurgeons, Drs. Vernon Mark and William Sweet argued…. violence was the result of a surgically-treatable brain disorder…. some lobotomies were performed on black children as young as five years old who exhibited aggressive or hyperactive behaviors.” (Umeh, U. 2019, March 11)

Knowing about the past, is it any wonder many black people feel how they do about mental illness? Honestly, with everything that has come out about big Pharma and the side effects of the old ADHD drugs like Ritalin, his skepticism feels justified. Many in my family shared this man’s views, including my father.

As difficult as it is, I have come to accept that even the people closest to you may not understand you. They may not believe your mental illness exists. And even if you have a more open disability, they still might disregard you. They may even be your biggest critics.

In any case, regardless of what the speaker said, my disabilities are real. They cause me a lot of difficulties. Sometimes I feel despair, like I am living half a life. But rather than accepting cultural traditions, or my parents’ views, I have learned that regardless of your race, gender, or age, you alone are your best advocate. You alone know what is best for you.

As I got older, I did research into my disabilities to understand the current science. There are many ways to help manage my ADHD without medication. There are counselors specifically qualified to help my condition. Additionally, medication has developed since I was a child. There is medication that’s non-stimulating or not potentially addictive. There are also some stimulant medications that are safer than others.

I did my own homework and found out how to help myself. In understanding myself more, I have felt a power come into my life. I care less about what others think of me. I took control of my own life.

Jacqueline Harris is a nontraditional student, a bi-racial writer, and a veteran. She is pursuing a degree in Psychology, and a minor in English with an emphasis in creative writing. She’s from Illinois and comes from a big, racially diverse family. She doesn’t represent every black person's perspective, but she hopes that some of her experiences and thoughts may resonate with you.