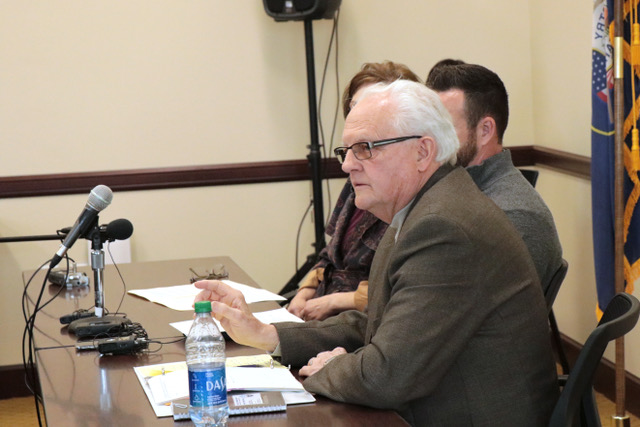 Care providers have historically seen high turnover rates and low wages. That is not new. But in the last year and a half, the wages have become so low, they are creating a care crisis in Utah.

“My greatest fear right now is for Elaine's future,” said LuWenn Jones, a Cedar City parent who shared her family’s experience during a press conference on Capitol Hill earlier this month. “We know that she will likely outlive us. If the provider system implodes and does not recover from this staffing crisis—which is the worst I have seen in my 20 years of being involved in the Utah disability community—what will happen to Elaine and others like her?”

Normally, a house manager at the care facility where Elaine lives is there for two or three years, Jones said. It’s a key position, as the house manager directs and trains the staff and makes sure procedures are being followed. In the last eight months, Elaine has had four house managers. Her needs are complex, and they include health protocols and medication. With the rapid staff changes, the risks of consequences for Elaine increase, including hospitalization. “The staff continues to get younger and younger, and less and less equipped to handle the complex needs of Elaine, her roommates and others in the system,” Jones said.

Neil Allred has seen it from a care provider’s point of view. He is the vice president of Northeastern Services, and he represented the Utah Association of Community Service Providers during the event. “We are between 70 and 95 percent on our turnover rate annually,” he said. “Where we stand today is around $12.50 an hour. … As you drive around and see the different fast food restaurants and retail anywhere between $15 and $18 an hour … we can't compete.”

While other industries can raise prices, reduce open times or close the dining room and offer take-out only, the options for care providers are more limited. Clients still need round-the-clock care. “The only way to increase wages is through the legislature through the Division of Services for People with Disabilities,” Allred said.

All the presenters praised the caregivers who have stuck with their jobs out of sheer dedication, despite the low pay and a rising cost of living. All of them cited instances of workers putting in 70- to 90-hour weeks, leading to caregiver burnout.

“What's really happening with our son, there are nine clients in in this particular group home, and it's been run very well in the past,” said Mike Manning, another parent. “But as they're competing for direct care workers, in the last month or so I personally walked in and I saw three times where there was only one staff person on duty. And that particular shift requires four.”

They have had to resort to adult diapers instead of helping clients to the bathroom, just because they don’t have the staff to do it.

The participants told their stories to raise awareness during the 2022 Utah Legislature. You can find their stories on KSL NewsRadio and Utah Public Radio.