Save the date: Disability Studies and the History of the Victorian Freak Show 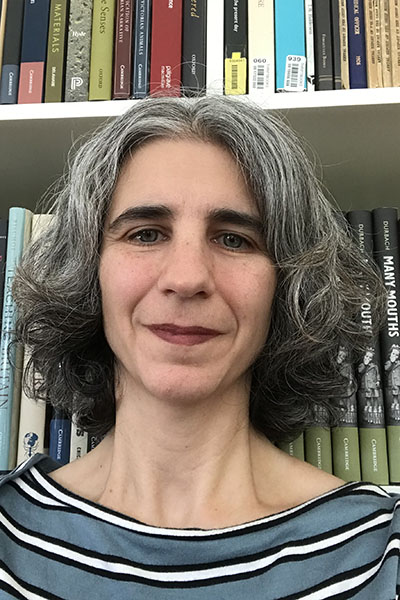 University of Utah History Professor Nadja Durbach started researching Victorian freak shows after re-watching The Elephant Man movie as an adult (she had seen it before as a child). The movie seemed romanticized, she said in a 2011 interview with RadioWest. Delving deeper into the history, she concluded that despite its cringe-worthiness by today’s standards, the Victorian freak show often wasn’t the mocking, cruel spectacle viewers saw in the movies.

Dr. Durbach discusses her research in a free seminar on October 26 at 1 p.m. on Zoom. This presentation is open to the public, and it focuses on the cultural connections the freak show formed in the Victorian period. It proposes that atypical bodies were most visible to the public—and the least segregated from it—via commercial display.

The seminar is part of the Disability Studies Seminar series, offered through the Institute for Disability Research, Policy & Practice and the Special Education and Rehabilitation Counseling department at Utah State University.

Throughout the nineteenth century, human oddities from around the world criss-crossed the oceans, appearing in North American and Western European cities, towns and rural communities.  Curious members of both the public and the medical profession eagerly flocked to see bodies that defied the norm.  In fact, Durbach argued in her RadioWest interview, the shows stood apart because everyone went to them: old and young, urban and rural, educated and uneducated, working class and royalty.

Durbach argues the history of the Victorian freak show complicates how we use the term “disability” when writing about atypical bodies in the past. Her presentation suggests that the ways in which “impairment” is produced, categorized, and experienced always depends on the history and culture of the time and place.

“While I don’t want to romanticize the freak show, I do think that we’ve lost the ability to perceive difference, value difference,” she said in her radio interview.

Nadja Durbach was born in the United Kingdom. She grew up in Canada and attended the University of British Columbia, earning a BA (Hons.) in 1993. In 2000 she completed her PhD at the Johns Hopkins University and joined the faculty of the University of Utah’s History Department where she is currently a professor. She is the author of Bodily Matters: The Anti-Vaccination Movement in England, 1853-1907 (Duke, 2005), Spectacle of Deformity: Freak Shows and Modern British Culture (California, 2010), and Many Mouths: The Politics of Food in Britain from the Workhouse to the Welfare State (Cambridge, 2020).