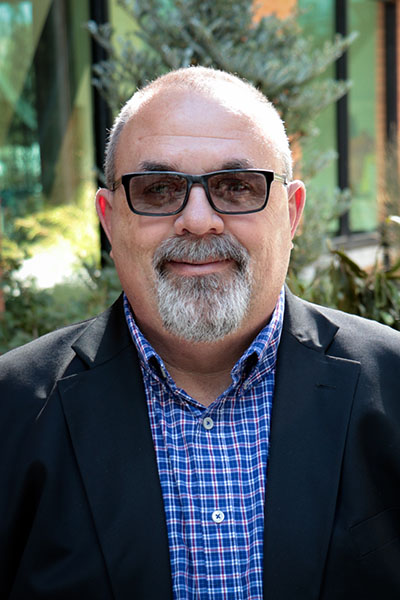 Editor’s note: Following the tragic death of Lizzy Tichenor, a Black, Autistic Utah girl who died by suicide after reporting bullying at school, the Institute for Disability Research, Policy & Practice has joined with other Utah disability organizations in urging Utah’s schools to increase inclusion and support of students with disabilities.

Students with disabilities—including behavioral and emotional disorders, autism, intellectual disabilities, health impairments and learning disabilities—are at a higher risk of bullying than their peers.

Below is some advice from Frank Podobnik, a former school psychologist and former state special education director in Montana. He currently works at the Institute for Disability as a technical assistance specialist for the Center for Technical Assistance for Excellence in Special Education. TAESE is part of the Institute.

You’ve likely already seen a public service announcement about the right way to respond to bullying. Some typical responses are to support the person being bullied, stand with them and help them not feel alone. Bystanders are also encouraged to tell an adult.

Those are great responses. There are also some good anti-bullying programs out there that can make a difference, enlisting the whole school in bully-proofing efforts while recognizing and rewarding good behavior. (Two such programs are listed at the end of this post.) But Frank Podobnik knows how complicated responding to bullies can be.

“Whatever’s going on, one of the foundational issues with bullying is it’s not recognized or acknowledged,” he said. Bullies may be smart enough to hide their behavior. If a bully is threatening someone outside of school, they can intimidate a victim in the classroom with just a look. “The biggest thing that schools will say is, ‘We can’t prove that it happened.’

“If you believe that somebody’s picking on you, then that’s going on,” he said. Telling a child to “toughen up” can devalue their experience and make them feel like it’s their fault that they are having such a hard time at school.

Adults may mistake bullying for normal banter: just kids being kids. And in some cases, teachers may adopt a tough “coaching mentality;” for example, ordering an injured player back on the field or a accusing a struggling student of not trying hard enough. “Some people believe that’s an effective teaching technique. It’s not.

“I’m not blaming teachers or parents or anyone. We’re all doing the best that we can, but we’re missing the boat in many ways,” he said. “You have to be willing to say, ‘What am I doing?’”

For educators, it’s a shift from wondering why the student is complaining to examining their own behavior and responses.

Podobnik remembers a group of teachers in one middle school where he worked—an overcrowded school where the halls were packed at passing times. The friends often gave each other a hard time in the halls, trash-talking each other while the students listened. At some point, they realized they were setting a bad example and stopped on their own. The students’ behavior improved, too.

Even with a specific anti-bullying program in place, some adjustments may be needed to accommodate cultural differences . In Montana, after consulting with the communities the school served, elders from Native tribes came to school to help Native students who were having a hard time.

Above all, Podobnik said, it’s important that the student who feels bullied is believed and supported. If a student reports a problem only to have it disregarded, it is terribly isolating. “You’ve taken away the only strategy that they have.”

Last year, Podobnik was awarded the Outstanding Advocate Award by the National Association of School Psychologists for contributing to policy in education and mental health services.

The Center on National Positive Behavioral Interventions and Supports offers bullying prevention tools on its website. “An effective social culture has a formal process for limiting the social rewards available for bullying and harmful behavior,” the website states. “We call this bullying prevention.”

The Olweus Bullying Prevention Program is a school-wide program “designed to improve peer relations and make schools safer, more positive places for students to learn and develop,” the website states.