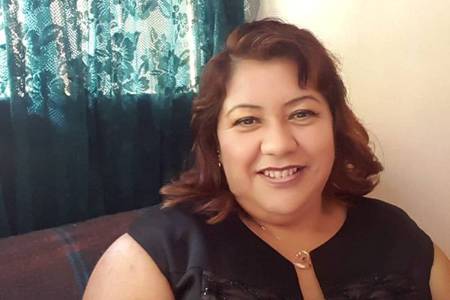 At a time when police actions are under scrutiny, Ramona Cuevas of Kearns shared this story of an experience when police responded to her daughter during a mental health crisis.

This story was related in Spanish to the CPD through Diego Mendiola, who interpreted. Photo, right: Ramona Cuevas. Below: Cruz Daniela Malvaez

My daughter, Cruz Daniela, has epilepsy and anxiety and schizophrenia. At one point she was having a lot of crises. Right now she is doing better, but one night, 14 years ago, she had a schizophrenic episode. She was aggressive and our family couldn’t control her.

She started throwing things and becoming aggressive toward us. She couldn’t understand… she was 14, but she is like a child. It was hard to get her to understand that she needed to calm down.

She was knocking over furniture. We said we would have to call the police if she couldn’t calm down because she has the body of an adult and it was so hard to control her. 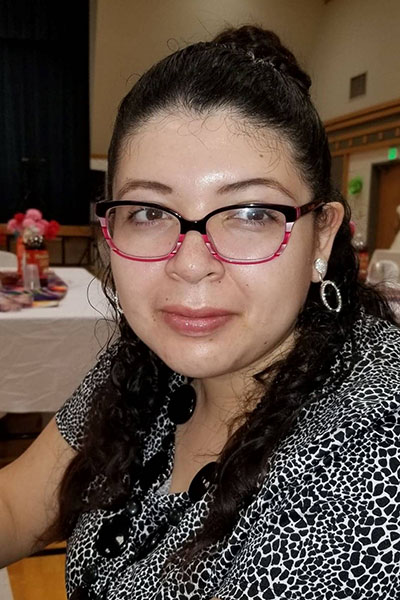 So we called the cops and an officer came into the home and saw her whole room had been torn up. He didn’t enter the room, he was just in the hallway. She wouldn’t let anybody into the room. He was trying to calm her down and she was continuing to be aggressive, and he pulled out the taser. He asked the family to step away so he wouldn’t have to use it. He was speaking Spanish.

He didn’t have to use the taser.

When she was calm he stepped away and talked to the family and explained to them that he had to treat people with schizophrenia differently. They’re fragile and you have to take care not to frighten them.

He had received training regarding people with mental disorders like this.

As a mother I was really frightened that any other cop would have shot the taser and apprehended my daughter. This one had the appropriate training and education that he was able to explain to the family how to handle her

We had other good experiences, too. For about 12 years, my daughter would run away all the time, and the police would help bring her back.

Ramona’s advice to other families in a similar situation

It took some time, but I was able to find the resources I needed. I went to courses and found therapies. Julie Moreno from the Utah Parent Center was very helpful.