Proposition 2 would allow a “parallel path” for the production and distribution of medical cannabis, and open up its use for a broader range of conditions: epilepsy, cancer, chronic pain, Crohn’s disease, autism, post-traumatic stress disorder, multiple sclerosis, HIV/AIDS, Alzheimer’s disease and ALS. Anecdotal evidence supports cannabis as a viable treatment for all these conditions, but scientific studies have been extremely limited due to federal regulations.

Prop 2 would allow patients to grow up to six plants after March 1, 2020, if there is no licensed dispensary selling medical cannabis within 100 miles of their residence. Its production, distribution and packaging would still be regulated by the state. An analysis of the proposition with pro and con arguments is found on the Utah Lieutenant Governor’s Elections website.

The CPD interviewed two people who have tried medical cannabis, for different conditions and with different results. Here are their stories.

Angie Miller, mother of a child with epilepsy

During Noah Miller’s first years, he was diagnosed with multiple disabilities including epilepsy and sensory processing disorder. His seizures were severe and they damaged his brain. He was also missing the center part of his brain, which caused even more seizures.

“It’s taken us years to figure him out,” said his mother, Angie. They looked for pharmaceuticals that could help, but, “every medicine they put him on left him completely comatose.”

Miller, who lives in South Jordan, began looking into medical cannabis. Utah state law in 2014 allowed patients like Noah to use a cannabis product called CBD oil, which was very low in the cannabis compound that produces a “high.” It was under other restrictions, too. “You have to have tried at least three other drugs,” Miller said.

They had done that, and experienced numerous side effects: shakes, tremors, and having him “doped out.” Also, some seizures still happened.

The Millers obtained a card allowing them to use cannabis medication. They have to see a neurologist every year to continue using it, and the state tracks their use closely. Since CBD oil was not researched or regulated like a pharmaceutical drug, they had to figure out dosages on their own. They did it through networking with patients’ groups and a private manufacturer. And they drove outside the state to obtain the CBD oil, because they could not find a dispensary in Utah.

The family has not witnessed any side effects, while the benefits go on and on: the seizures are controlled. Before the cannabis treatment he was vomiting three times a day; now he’s down to three times a week. The side effects are gone, so he is awake and alert enough to progress in physical therapy.

The CBD oil is expensive, though. It’s not covered by insurance, so her family is paying $300 per month out of pocket.

“I can’t advocate enough that yes, it is effective,” she said. But in talking to other families, Miller learned that in states where medical cannabis options included formulas with THC, families were seeing a lot more success in managing their children’s sensory issues. The Miller family still uses anti-anxiety medication for Noah because his sensitivities make it so hard for him. Even with the medication, he becomes overstimulated when they go shopping or are surrounded by a lot of people.

“We can’t go to festivals or sporting events,” she said. “It breaks my heart that I can jump on social media and see other families thriving. … We’re eight hours away, and we’re stuck in our house.” It’s hard to explain to their twin four-year-old daughters, who see other families out in the community all the time.

“Prior to having children I was so against marijuana,” she said. “I was that girl that would roll her eyes when she walked past people smoking pot.”

Today, Miller hopes for more and better and more convenient options for families like hers. “It’s horrible, seeing your child suffer,” she said. “You want them to be safe, comfortable and fed.” 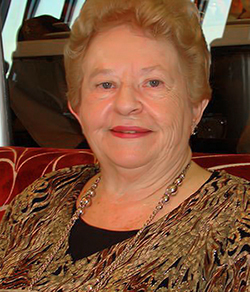 Jackie Coulbeck lives in Guelph, Ontario, Canada, where medical cannabis has been legal for some time. Also in Canada, doctors are moving away from opioids to treat chronic pain, in the wake of an epidemic of addiction and opioid-related overdoses and deaths.

Coulbeck was weaned off opioids and tried medical cannabis—with and without THC—to manage chronic pain caused by scoliosis in her back and nerve pain in her legs.

“I’ve had no good relief since I went off of opioids,” she said. “The cannabis did not help at all.” She obtained a prescription and tried mixing CBD and THC-containing drops, but did not notice a difference. “Eventually I just quit using them,” she said.

Though medical cannabis was legal when she tried using it, her insurance policy still would not pay for it.

In the months since she went off opioids, her pain has increased, her mobility has suffered, and she has not found a good alternative yet. “We haven’t found anything to replace [opioids], really,” she said.

The CPD encourages all citizens to vote on November 6, and to make your voice heard on the many issues and candidates.