Several years ago, as I was struggling to get a diagnosis for a slew of worsening symptoms, a therapist shared something that has continued to baffle me. He said researchers who study happiness and grief found that within six months after winning the lottery or becoming paralyzed from an injury, people generally returned to the same level of happiness they had before the life-changing experience. The point was, once I was diagnosed and got on a treatment path, I would go back to my old self in terms of my state of mind and emotional well-being. But that hasn’t exactly happened.

After dozens of doctors, piles of medical bills and horrendous medical tests, I was finally correctly diagnosed with Fibromyalgia (also known as FM) in July 2016. But that doctor’s appointment left me gob smacked. He said I’d be lucky if my condition didn’t worsen, which I couldn’t imagine because I was essentially bed-ridden at the time, and that there was very little that could be done for me. I had already tried one of the three FDA approved drugs for FM the first time I was diagnosed with it (which is a whole other ball of yarn), and the side effects were devastating. I didn’t even know about all of the things that FM could cause or co-occur with, which I now know include: dizziness, nausea, slowed digestion; inability to stand for long periods of time; ringing ears; inflammation of the cartilage that connects a rib to the breastbone; severe coldness and numbness; brain fog; irritable bowel syndrome; inability to get restorative sleep; severe fatigue; sensory issues; migraines. The list goes on. This was in addition to the many types of pain FM causes like muscle spasms; joint pain; burning, tingling and prickling of the skin; feeling pain from stimuli that don't normally cause pain.

I did not have much hope after the diagnosis because of the very limited treatment options. I have found it is very difficult to get occupational, massage or physical therapy recommended by a doctor, or non-FDA FM approved drugs (i.e. drugs used for other conditions). My life stopped. I barely survived doing daily functions. Sometimes I didn’t even do those. I felt as if I’d slipped to a new circle of Dante’s hell (I here dub the 10th circle of hell life with FM). Six months passed. While I had come to accept my state of health, rebalanced my life, changed my expectations, and pursued treatment options elsewhere, I did not stop grieving my former self. And it hasn’t changed to this day – nearly two years later.

May is Fibromyalgia Awareness Month, and I want to share something with those struggling with Fibromyalgia—who are many. (Estimates put 3 percent of the population having FM, 90 percent of which are women.) It is ok to grieve. It doesn’t mean you are selfish, dramatic, pathetic, or weak. It means you are human. Here are ten reasons why I think FM specifically causes long-term, if not lifelong, grieving: 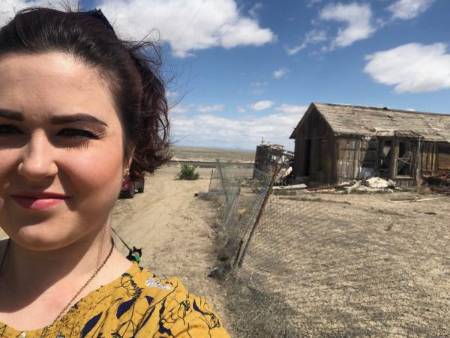 So how do I or anyone else with FM move through life in a constant state of grief? I have realized that anything else will have to occur within it. I do find moments of happiness, peace, fulfillment and hope amidst the grief. They occur together and sometimes one diminishes or amplifies the other. But I take what I can get. I also have learned that I don’t have to apologize for living in a state of grief. I now try to live by what the Finnish people call sisu—an inner strength for a difficult moment when you’ve come to the end of your rope.

Some days this means just simply surviving to the next day, which sounds easy, but is in fact the hardest thing I do. I am proud of myself for it. Throwing in the towel and giving up on dreams, goals and myself is always tempting, but I fight through to the next day because I know I can.

If you have someone in your life with FM, know they want to hear you admire their tenacity and that you are there for them on the days they don’t have it. And to FM sufferers, I see you – you are not invisible. I’m wishing you sisu for another day.