The day of the fully autonomous vehicle is approaching much faster than most people realize. Like other new technologies, it will be disruptive. Amid the many voices that are shaping the driverless future, Dr. Sachin Pavithran at the Center for Persons with Disabilities urges accessibility. Pavithran said the fully-autonomous car will likely be on roads within five years. Indeed, much of the technology is available now. Autonomous and semi-autonomous cars are already being tested in several cities. “The whole debate is, how much are they paying attention to the accessibility interface?” asked Pavithran. He has been involved in discussions about the upcoming technology, serving as a disability advocate in talks with industry leaders and policymakers. He chairs the National Federation for the Blind’s Autonomous Vehicles and Innovations in Transportation committee. Now, he said it is time for people with disabilities in their communities to join the conversation.

“When the indicators are that fully autonomous vehicles are expected on our roads within the next five years, it makes me wonder why we haven’t seen a prototype of an accessible autonomous vehicle yet,” Pavithran said. “Conversations continue about making accessibility a priority when designing these vehicles. Promises are being made by the auto industry that autonomous vehicles will change the lives of all for the better, including people with disabilities. It is encouraging that the auto industry is continuing to engage us in the conversation. But I hope people with disabilities are not left behind yet again.” The possibilities of driverless transportation are exciting. While Uber and Lyft have raised hopes that affordable, individual travel may soon be a reality for non-drivers everywhere, it hasn’t happened yet. Autonomous vehicles could open more opportunities by eliminating an enormous hurdle: a driver who is willing to travel roads where few passengers go. “A lot of people with disabilities choose where they live and where they look for a job, based on transportation,” Pavithran said. He is the director of the CPD’s Utah Assistive Technology Program at Utah State University—and he is blind. While his travel schedule is rigorous, his independent movement is still somewhat restricted. “If I wanted to live in Garden City [Utah], that wouldn’t be an option for me,” he said. Transportation would be too great a challenge. Driverless vehicles could change that. Disability advocates dream that tomorrow’s vehicles will roll off the assembly line, ready for people with disabilities to use: no wheelchair ramps or after-market adjustments required. Once fully autonomous cars are available, there is no reason blind people should not use them, Pavithran said. They could be configured so that a driver who was unable to safely operate a vehicle would not be able to do more than change the radio station once the car was in motion. “Historically, accessibility has been a costly post-purchase vehicle modification for most people with disabilities, and nonexistent for the blind,” said Mark Riccobono, president of the National Federation of the Blind. He was quoted in a press release celebrating a meeting between the NFB and the Auto Alliance. He praised the gathering between people with disabilities, auto industry representatives, ride-sharing providers and policymakers as an exciting step in making accessibility a priority, not an “afterthought.” 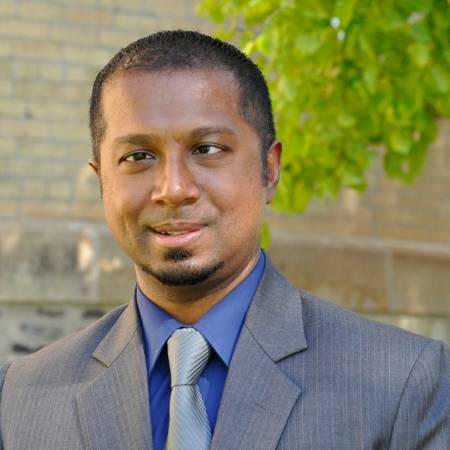 Sachin Pavithran. Pavithran has met with policymakers, including US Transportation Secretary Elaine A. Chao, discussing the regulatory barriers the technology faces. A patchwork of state and federal regulations govern whether the cars should be allowed on roads. “Every state is issuing their own idea about how this is going to look in their state,” he said. Indeed, 35 states either have considered or are considering legislation regarding autonomous vehicles. Utah is one of them. Highways, licensing and safety regulations are often handled at the state level. Disability advocates want to make sure that when cars truly can drive people, those with disabilities will not face discrimination. Infrastructure changes would also be needed, including a more robust data network for the driverless vehicles to access. Pavithran was quick to say that data could be handled wirelessly, and that it would only be one factor used by the cars to navigate. “There are a lot of sensors on the cars, and every manufacturer is trying different approaches. …The data is just one piece.”

A further barrier is resistance from consumers. A 2017 survey from AAA found that 78 percent of drivers were nervous about riding in a fully autonomous vehicle, despite assurances that when developed, the cars will be safer than their human-driven counterparts. “Getting the public comfortable with the idea is going to be challenging,” Pavithran said.

Changes on the job landscape

He predicts that the first industries to adopt driverless technology will be ride share services, public transportation and delivery services—and that could mean lost jobs. “There’s no stopping that,” said Pavithran. In the last century, horse-drawn vehicles became obsolete and the industry around them went away. Trains stopped being the primary source of transportation for people moving between cities. More disruption will occur because of autonomous vehicles, but the possibilities they bring could also mean increased employment opportunities for people with disabilities, who will no longer be tied down to life and work in urban centers. “People need to start engaging in the conversation about what it means to the community, and what it means to them,” Pavithran said. For him, it means an added freedom. With autonomous cars, “I could choose where I live.”